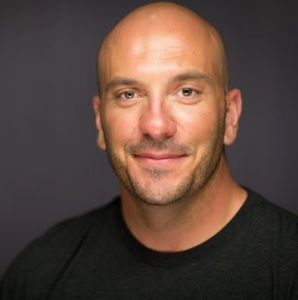 In the seminal book The Soul of a New Machine, about the development of a then-groundbreaking Data General minicomputer in the 1970s, one of the developers resigns, leaving a note that reads, “I’m going to a commune in Vermont and will deal with no unit of time shorter than a season.”

That’s sort of what Matt Rissell did, except in his case, his units of time are hunting seasons.

“I’m an avid bowhunter,” Rissell said, though he admitted that this year he got skunked out of an elk by one of his children. “I also hunt pheasants, quail, chukar, geese, ducks – that’s what I was doing this morning. I’ll travel to different states to hunt different things. I’m heading to Mexico next week to hunt Coues deer. It’s like a white-tailed deer.”

How he got here

Rissell, now 45, sold his Eagle-based electronic timesheet company TSheets to Intuit at the end of 2017 for the then eye-popping amount of $340 million, with the deal finalizing in 2018.

Members of Idaho’s tech ecosystem predicted that the sale would bring more attention to the state, and they were right. TSheets’ big exit kicked off a series of big exits in the following years: Truckstop.com with what was rumored to be a $1 billion investment by ICONIQ Capital in 2019, Cradlepoint to Ericsson for $1.1 billion in 2020, and Kount to Equifax in 2021 for $640 million, as well as a number of smaller sales.

After staying the requisite year or so after the Intuit acquisition, Rissell left in 2019, giving a year’s notice, just months after saying publicly he had no intention of leaving the company. The giant “T” came down from the iconic Eagle headquarters, a new CEO took over, and Rissell and TSheets were consciously uncoupled.

Then the larger-than-life Rissell sort of dropped out of sight for a while. He’d declared on social media that he had intended to be financially independent by 40. He closed the sale of TSheets on his 41st birthday, retiring at 42.

But the months went by.

Then there started to be Rissell sightings. In April 2020 – after declaring on social media, “Retirement is NOT for me” – he announced that he had joined the board of directors at CoderPad, a San Francisco-based technical interviewing company. In June 2020, he became executive-in-residence at Summit Partners, an Eagle- and Menlo Park, California-based global growth equity investor company. In December 2020, he became one of the first outside investor-advisors in SignEasy, a Dallas-based cloud-based e-signature company. In June 2021, he and TSheets co-founder Brandon Zehm became the first investors in Slayer Duck Calls, founded by a TSheets vice president.

Now, Rissell is figuring out what to do next.

Where he’s going next

“It’s not super exciting, though, it’s really not,” Rissell said, in what he said was his first interview since his departure from TSheets. “I’m a dad and a husband, I’m investing in startups, and I sit on a couple of boards. And I travel all over the world.”

Rissell chose those boards for pragmatic reasons. “I like the CEOs, and I like the potential of the industry,” he said. “I like the value it gives to customers.” For example, as an avid outdoorsman, engaging in the hunting and conservation world with Slayer is important to him, he said. “With CoderPad, it solves a problem we had in TSheets to hire developers.” In fact, TSheets had developed its own custom app to do what CoderPad now does, he said.

Rissell said he has also invested in other companies, which he wouldn’t name, though he noted that only a couple of them were in Idaho. And what he likes about investing and sitting on boards might surprise people who knew him at TSheets, where he was…well, maybe “control freak” is too strong a description.

“The thing that I enjoy the most out of what I do is it’s the opposite of what people said,” Rissell said. “’You’re not going to enjoy being on the board because you don’t have control.’ I really, really enjoy sitting on boards and helping entrepreneurs succeed. I live slightly vicariously through them. It’s exciting to ask difficult questions, help them engage, and make a tremendous amount of money.”

The same is true for his work with Summit Partners, Rissell said. “I sit on their venture tech fund, and spend a lot of time with entrepreneurs,” he said. “It’s very rewarding.”

Rissell would like to see more Idaho entrepreneurs who’ve made it big invest in the ecosystem. “There’s a lot of great companies being birthed here,” he said. “What we need is more engaged former entrepreneurs who’ve had successful exits help locals. We need people to help people succeed. It’s such a great place to live, there’s so much opportunity. To do it from Boise is a remarkable thing for a company. I’d like to see us really circle the wagons around more of them. There’ve been quite a few successful exits in the past three years. It’d be nice to see more of them sit on boards and help companies succeed,” though he also admits he could do more himself as well.

So what’s next for him personally? “I vacillate back and forth between wanting to be a CEO again,” Rissell said. “I have the desire and energy. It’s exciting. At the same time, looking at the number of hours and sacrifices it requires, I’m choosing to stretch out with my family and kiddos” – he has three children, 16, 14, and 12 – “and do things I couldn’t do when they were younger.”

Like hunting. “All three of my kids hunt,” Rissell said. “We have three massive freezers. We can’t eat all of it. We butcher it and give it to people who really love it or really need it. We’ve given an entire butchered elk to a family that didn’t have an income for a while.”

But in six years, Rissell’s youngest will be 18, and maybe then the time would be right. “That is an option, something we’ve talked about,” he said. In the meantime, he’s making sure, as much as he can, that he’s helping former TSheets members start new companies or land at new jobs. “It’s fun to help people succeed,” he said.

This article was created as a collaboration between Boise Entrepreneur Week, Built in Idaho and Trailhead.