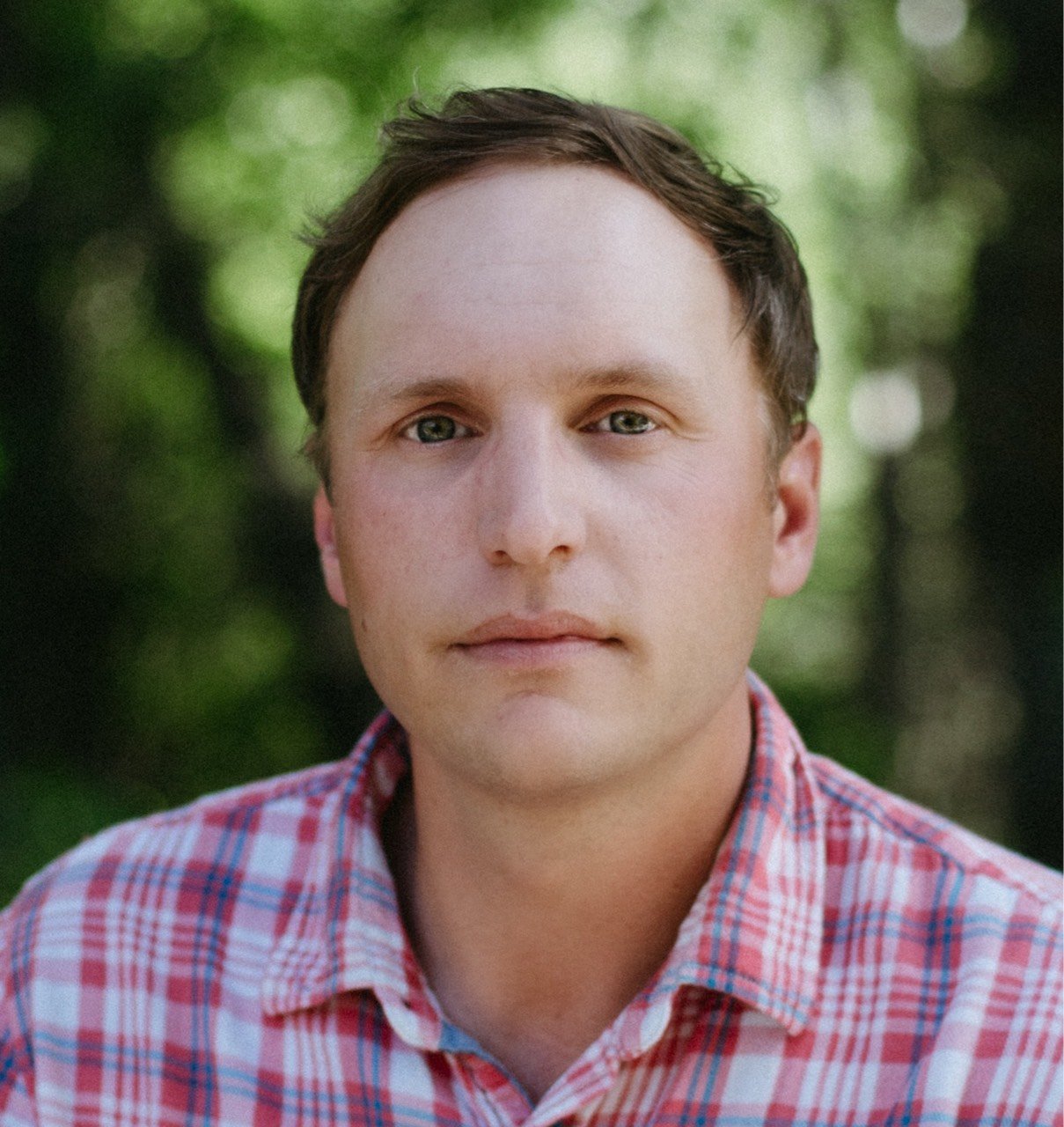 Founding a company is all very well, but just as important—maybe even more important—is how to exit it.

In fact, a startup should be planning its exit almost from the company founding, said Matt Price, COO of Edible Armstrong Inc., which makes the Killer Creamery line of high-protein ice cream.

“If you’re out raising money—and, by definition, these investors are looking to get paid back—the founders should be able to articulate to the investors how they’ll get their money back,” Price said. “I don’t understand how you can raise and allocate capital if you don’t have an idea of where you need to go. If you don’t know where you’re going, you don’t know how much gas you need to get there.”

Having that conversation also benefits a startup, Price said.

“The minute we really sat down and got very granular with how this category would form, and how we would transact the company, we had a ton of success raising capital,” Price said.

Having an exit strategy also helps startups make better decisions along the way, Price said. Because large companies have efficiencies of scale, having a startup put money into refining its manufacturing process is not the best use of its capital, he explained.

“We are 100% going after an enterprise acquisition,” Price said. And not just any enterprise. “Neither Nestle or Unilever own one of these ‘better for you’ brands,” he said. “At $30 million to $50 million in revenue, we will become attractive to them. We think we have all the right pieces and ingredients.”

Exits are more important than just to the startup founders and employees themselves. They perpetuate the startup ecosystem.

The technology ecosystem flywheel is just getting going in Boise, said George Mulhern, formerly CEO of Cradlepoint, which was acquired by Ericsson in late 2020 for $1.1 billion. “What drives it is exits,” because that means more people will have seed money to start their own companies, he said.

But there’s more ways that a startup can exit than through the traditional IPO. Here are some other ways that startups can exit and how some Idaho startups have chosen to exit.

Cradlepoint’s successful exit was particularly noteworthy considering that Mulhern was brought in as CEO in 2011 by the investors at the time because they were simply hoping to be able to get some of their money back, he said at an Idaho Technology Council Capitol Connect event on Aug. 17.

One of Mulhern’s early decisions—against the wishes of some of the investors who wanted him to “whack the R&D budget”—was to invest 20% of the company resources in the emerging Internet of Things technology. It was the company’s role in that technology that led to Ericsson’s interest, he said.

While several Idaho startups had been acquired by the time Mulhern joined as CEO, generally the acquisitions happened at an earlier stage when the company didn’t have a critical mass, and the jobs ended up moving to a company headquarters out of state, he said. Cradlepoint’s goal was to build a tech company in Boise that, if it got acquired—which Mulhern saw as a likely outcome—would stay in Boise and be a business that sustained itself over time, he said.

How did Mulhern know when it was time to sell?

“Having an offer helped,” he acknowledged. Cradlepoint had been on the path to build an IPO-candidate company, and had ten metrics it was working on, including the growth rates, margin and recurring profits, marquee customers, and having analysts talking about the company. “Those are also very important things if you’re going to get acquired,” he said.

While Cradlepoint had had offers before, they had never been at a valuation that matched the company’ potential, Mulhern said. Once it started talking to Ericsson, the process took about two years.

“We dated a long time,” he said. It started with Ericsson’s CTO saying, “We might want to think about making you part of Ericsson,” Mulhern said. Then there was a year of sharing information, then COVID hit, and Ericsson backed off. But when Cradlepoint did well despite COVID, Ericsson made its offer in the middle of the COVID pandemic.

That’s when the real work started. Cradlepoint needed to keep hitting its plan and running the business, so wanted to keep the potential acquisition on the down low from employees. Consequently, it set up a “clean room” for the few employees putting together thousands of documents and answering thousands of questions.

“We had an information request list as thick as the Bible,” Mulhern said. The team had a 5 p.m. meeting every day and some days worked 18 hours—sometimes starting at 4 a.m.

Ericsson was the “best acquirer we could have had,” Mulhern said. It wanted every single Cradlepoint employee, and wanted to invest in the business for the long term. In fact, Cradlepoint has hired 400 people since the acquisition, he said. And the questions he gets from Ericsson are different from the ones he used to get from the company’s investors. While investors used to ask where the company would be the next quarter, Ericsson asks where they want to be in 2025 and what they need to invest in to get there, he said.

VisitPay was another Idaho startup, acquired in May by R1 for about $300 million.

“We always presumed that VisitPay would eventually be part of something bigger, but figured that decision was a few more years down the road,” said CTO David Smith in an email message. As a digital health company, it naturally started getting more attention in 2020, he said.

So the Boise-based company decided to be proactive.

“The decision to sell was entirely VisitPay’s. We felt it was time to take a serious look at how VisitPay should proceed,” Smith said. “We hired an investment bank to help make the decision of whether VisitPay should merge, sell, or continue operating independently. Our team developed four criteria for making our decision: it would have to be positive for 1) the company, 2) customers, 3) employees and 4) most importantly, the Boise community. R1 was the answer to all of those.”

That final criterion was the kicker.

“One of the biggest draws of R1’s offer to acquire was its dedication to Boise,” Smith said. “R1 has a vision for Boise to be the next center of excellence for enterprise technology—so our ability to attract and cultivate talent within our community is a huge advantage.”

The result of taking control of the process is that VisitPay is happy with the results, Smith said.

“Thanks to the ongoing guidance of our advisors, we were able to confidently navigate the process, turning down several opportunities that didn’t align with our mission,” he said. “We were diligent about protecting our company, customers, employees and community. By staying true to ourselves and our values throughout the process, we were able to identify the right opportunity for us.”

Another Idaho company that went this route is Kount, which was sold earlier this year to Equifax for $640 million. Kount wouldn’t comment on the motivation for the sale, but Reuters had reported in November 2020 that the private equity firm CVC Capital Partners Ltd.—which invested $80 million in Kount at the end of 2015—was exploring a sale of its ownership of the company. That would imply the investor was behind the timing of the sale.

The traditional method of going public—through an initial public offering (IPO)—raises money by selling some of the equity in the company to other people through shares of stock sold on an exchange. The advantage of this method is that it can raise a lot of money; the disadvantage is that then the founders own less of the company.

Two Idaho companies are in the process of going IPO right now: Perpetua Resources, a mining company, and Clearwater Analytics, which sells investment accounting, reporting, and analytics software as a service.

Both companies said they couldn’t comment because they were in a “quiet period” imposed by the Securities and Exchange Commission (SEC), where a company can’t make public announcements that could be seen as influencing the stock price.

Perpetua Resources Idaho Inc.—formerly known as Midas Gold—is owned by its parent company, Perpetua Resources Corp., which has been traded on the Toronto Stock Exchange since 2011, according to a company representative. The Boise-based company announced on Aug. 17 that it had sold 9,523,810 common shares at a price to the public of $5.25 per share on the NASDAQ stock exchange, which raised $50 million. In addition, the companies underwriting the IPO, B. Riley Securities, Inc. and Cantor Fitzgerald Canada Corporation, bought an additional 1,428,572 common shares at a price of $5.25 per common share, raising an additional $7.5 million.

The company said it intended to use the net proceeds of the offering to continue permitting, early restoration and field operations, engineering and design at the Stibnite Gold Project and for general corporate purposes. In February, company president and CEO Laurel Sayer said in a statement, “Our listing here will allow us greater access to capital, which will help our team move the Stibnite Gold Project from permitting into production. We look forward to connecting with new investors, while delivering value to our long-term shareholders who have supported our vision for years.”

Clearwater Analytics announced on Aug. 30 its intention to go public through a registration statement on Form S-1 (known as a “red herring,” because it uses red ink to point out that it’s not an offering yet) filed with the SEC. The company hasn’t yet said how many shares it intends to sell nor at what price they will be offered, but according to the S-1 it intends to raise $100 million. Of course, that figure could change. Bloomberg has reported that the company could be looking for a $4 billion valuation.

A year ago, the company was reportedly offering itself for sale for $2 billion, according to Reuters.

Going public via a SPAC

One means of going public—which is increasingly popular in the United States but hasn’t been used much in Idaho—is through a special-purpose acquisition company (SPAC). The vacation rental technology company Vacasa, which considers itself to be headquartered in both Portland and Boise, is in the process of using that method to take itself public.

The company said it couldn’t comment on the process because it was currently in a quiet period, but according to published reports, it is partnering with TPG Pace Solutions, with a $400 million transaction that would give Vacasa a valuation of $4.5 billion.

Vacasa CEO Matt Roberts said in a broadcast interview, “It was about who we got to work with in terms of the process. The end result is the same. We’ll bring on great capital to fuel the growth in the business and further develop our technology.”

Vacasa had taken several steps over the past few years that led industry watchers to believe it was grooming itself for an IPO, most notably by hiring executives with experience in taking companies public.

A SPAC is a newly formed company, with no value of its own other than the reputation of the owners, who take that company public, typically for $10 a share. The owners use that money to buy other companies, typically in a specific industry or field.

A SPAC is faster, requires less oversight, and can be publicized more than a traditional IPO. However, because the SPAC owners are required to invest the money raised within two years, the purchased company might not end up worth as much as investors originally thought. Some industry watchers are concerned that the deadline could lead some SPACs to make hasty investment decisions.