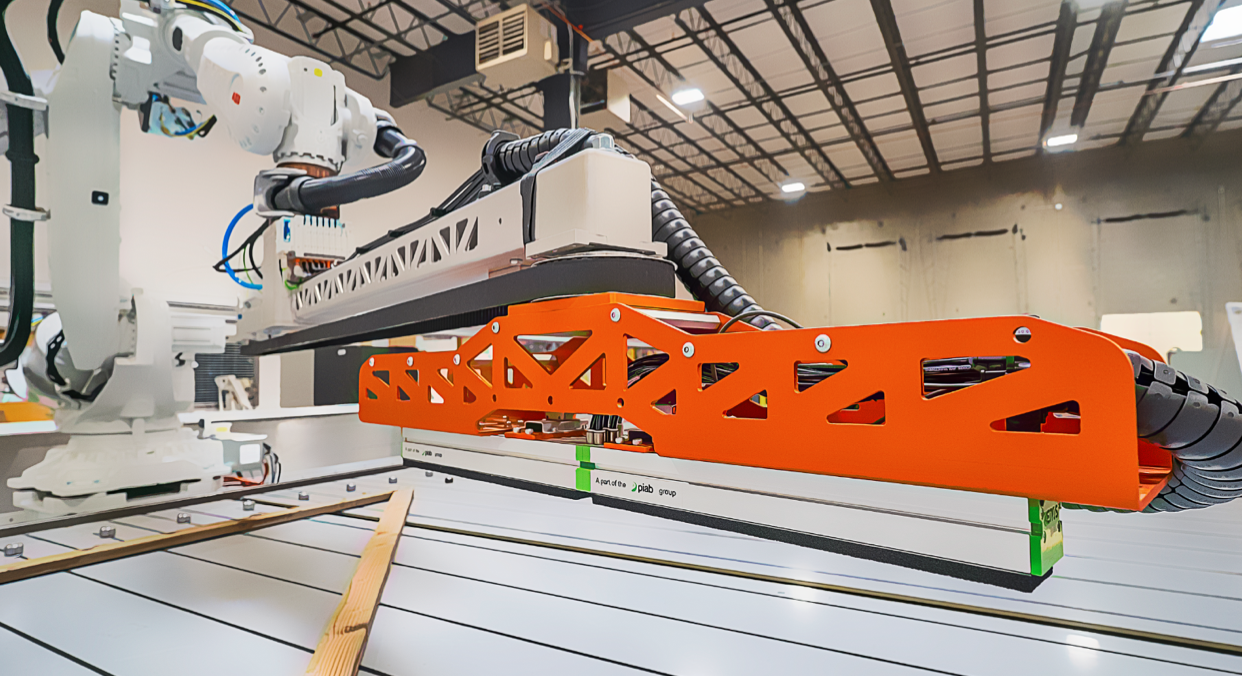 The companies didn’t reveal how much of the company was sold or for how much.

What led House of Design to go on the market?

“Our business, since the inception, has basically doubled in gross sales every year,” said Shane Dittrich, co-founder. “We’ve been on this rocket ship ride. It’s owned by two families and was bootstrapped the whole way. We couldn’t scale the business the way we wanted to, so we had to go out and look for additional capital and someone to help us scale.”

House of Design hired PEAK Technology Partners, a San Francisco-based investment bank, to help it find a partner, and ended up with multiple offers. The company chose THL because it essentially promised to keep the current structure intact, Dittrich said.

“They wanted to maintain the culture of House of Design, keep all the management the same, keep the structure the same, and just come in and help us scale,” Dittrich said. “It was super important to the founders that we weren’t going to bring in a private equity firm that stripped the top layers of management, have their own accounting and their own legal teams, eliminate the CFOs and CLOs, and put them under the umbrella of the private equity firm.”

The board of directors is made up of two cofounders, including Dittrich, and four THL members, he said. All the cofounders still have shares and are still part of the company.

What is House of Design going to do with the funding?

THL acquired House of Design using an almost $1 billion automation fund, and has put a “significant investment” into House of Design to help it scale. That could involve acquiring other companies, expanding the workforce, and adding new work space. “Right now we have 38,000 square feet,” Dittrich said. “Within the next year, we’ll have over 200,000 square feet,” which could include building its own building as well as acquiring another one in the Nampa area, though he couldn’t disclose where.

Currently at 106 staff members, House of Design expects to at least double that figure in the next three to five years, Dittrich said. “We hope to triple that,” he added.

In addition, the founders are going to take a small share, Dittrich said. “We’ll be able to get our work-life balance back in place,” he said. “As small startups go, you put in a crazy amount of time and effort. We did that for nine years. It’s time to step back and let the company run itself.”

What does this mean for the company’s product line?

While THL said it was particularly interested in House of Design’s automated solutions for the building components and residential offsite construction industries, the company will continue making its other products. “Our main emphasis is on offsite construction,” Dittrich said, noting that it had set up 53 robots for Nampa-based Autovol. “It’s the market we’re truly attacking.”

House of Design started by automating one-off, custom manufacturing processes at a fixed price, but that wasn’t sustainable, Dittrich said. Focusing on areas such as home automation takes the cyclical nature out of the robotics business, he said. “We’re looking for projects we can turn into products,” he said, like the company’s FlexBagger bagging solution and Produce Stacker shipping solution.

The company will also continue partnerships with companies such as Alpine. “We’re trying to be agnostic in the industry,” Dittrich said. “The way the component industry is, you’re either an ‘Alpine’ or a ‘MiTek.’ We want to honor our relationship with Alpine, but serve both customers.”

Now, House of Design is looking to hire, and using technology such as “digital twins,” which creates an electronic version of a robotic device, some of the positions can even be remote, with the company having some employees in Virginia, Dittrich said. “It’s been interesting with the pandemic,” he said. “We’ve been able to implement a policy called ‘work where you’re needed.’” While system engineers and mechanical engineers have to be on-site, it isn’t necessarily 40 hours a week, he said. “We can program and simulate a system all offline, virtually, and then download it into the system.”

And the future of House of Design? “That’s a question for THL,” Dittrich said. “It could be it’ll be sold again in seven to 10 years, or we do an IPO or something. All things are on the table. What we’re trying to do, in the short term, is make this as big and great a company as we can in three to five years.”